Domatic was founded to answer this question 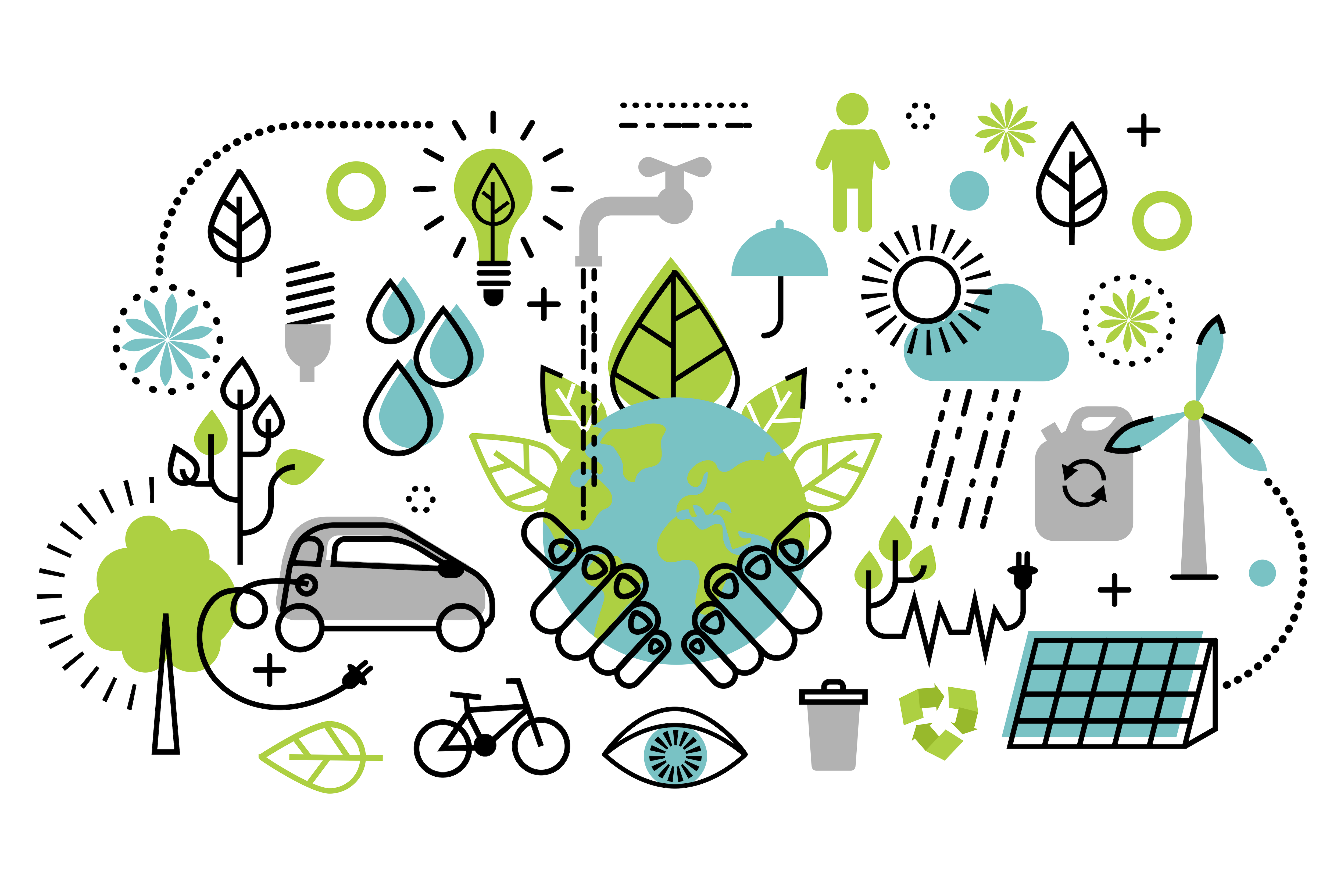 It’s 2023, and we continue to wire buildings the same way we did over 100 years ago. We could be making smarter, better, more efficient buildings, but we aren’t.

Founded in 2019, Domatic sets out to understand the challenges the construction industry faces, and ultimately find an answer to the question:

Why are we still building “dumb” buildings?

We know this because there is no shortage of technology for enhancing almost every type of device going into a building.

Nearly every fixture that goes into a building has been imagined as a smart device. These devices aim to yield a number of very clear benefits:

However, these smart fixtures are not getting installed in most buildings.

After-market devices are often disappointing.  They can be difficult to configure, relying on phone apps that multiply and complicate life for users.  Ongoing operation and overall robustness are hard to maintain.  Devices work––until they don’t––often failing silently.

It’s no surprise that after-market solutions have limitations.  A maker of a device can’t expect a consumer to rip apart their walls to properly install something, so alternate methods (like wall plugs) are necessarily taken to make a gadget work at all.

But what about new construction?  When we build a new building, could we not take a more elegant approach that yields a more robust result?

The way we wire buildings is holding us back

The existing method of running standard 120v AC electricity to every outlet, fixture, and switch is problematic in a number of ways:

To illustrate the last point: 100 watts is about what an incandescent bulb used to use.  With LEDs that number is in single digits, a factor-of-10 improvement.  100 watts is now enough to power a whole room full of lights and fans.

By comparison, a typical household circuit, like those that are controlled by the breaker panel in your home, can deliver a whopping 2400 watts of power.

If it weren’t for the inherent safety issues with high-voltage power, this excess capacity wouldn’t be a problem, but given the added cost, delays, and complexity of installation, it comes at too high a cost for no added benefit.

With a major crisis in affordable housing, and a shortage of skilled electricians, it’s imperative that we find a better way to wire buildings for the 21st century.

Builders are always squeezed on margins

Labor costs and competition mean there is little room for a builder to innovate, so any attempt to improve the construction process needs to be a net win for the builder, whether it's saving them money or time.

While a builder may be open to the idea of including “smart building” features in a project, the cost of doing so is prohibitively high and only justified in a small fraction of projects.

So, by default, we will continue to predominantly build “dumb” buildings until we have a solution that can reduce the overall cost of installation AND yield a more intelligent building.

The assumption that wireless technologies are a solution for building connectivity misses a few important points:

The last point is worth amplifying.  The order in which every step in the construction of a building is carefully managed.  The more dependencies a step has on other steps, the more fragile the schedule.

We need to bust the app silo

There is clearly a lot of excitement around adding smart sensors and controls to a building, but the lack of standards creates an integration challenge that further drives up costs.

Many interesting devices today are being offered, but they live in their own world, from hardware and firmware, cloud, and phone apps. Clearly the end game of smart buildings is not 100 apps on a phone for each subsystem.

This is a great opportunity for integrators, but that also creates a tax on smart buildings that makes it financially unappealing to a builder and most buyers.

Imagine if a smartphone was built the way a smart home is. Simple actions like taking a photo would require a special app hook, and every app that wants to access the camera would need to have a “driver” for every type and manufacturer of camera sensor that could be connected.

Thankfully, smartphones have SDKs and APIs that abstract (or simplify) components, making it possible for a developer to focus their energy on innovation instead of integration and nitty gritty details.

Imagine a new way of wiring

Domatic is a way of wiring a building that addresses a number of issues with how smart buildings are and aren’t made today:

Domatic’s key technology combines power and data together on a single wire pair, just power and ground.  The DC voltage on the power wire is nominally 60v., which meets the NEC definition of “Class 2” wiring, so few or no inspections are needed.

Domatic’s power wire carries an embedded data signal, capable of carrying hundreds of megabits per second.  Think of it as a very small “wiggle” on the power line, designed to carry information.

Our protocol is based on standards developed by the International Telecommunications Union (ITU) with multiple silicon vendors offering components Domatic uses to build its system.

Remember the days before USB?

Before Universal Serial Bus (USB) came along, you needed IT skills to plug a hard drive or printer into your computer.  Every device needed specific drivers that came with CDs, and configuration requiring looking at manuals.

With USB, the industry rallied around the idea of “Device Classes”, which are essentially standard interfaces manufacturers of devices and platforms agreed upon, eliminating the need for drivers.

So now you can plug your flash drive, keyboard, mouse, printer, webcam, or network interface into your computer or phone and you almost never need to do anything more.

That’s what Domatic does for the construction industry. Every Domatic device implements standard interfaces for discovery, control, status, and security, so installing a fixture really is as easy as plugging a phone into a charger.

This has the added benefit of breaking down silos.  Domatic’s standard interfaces enable automatic discovery and provisioning, leading to more scalable software rather than clunky one-off integrations.

To jump-start the market, Domatic works with builders to identify components and fixtures needed for a project.  Light fixtures, fans, sensors, smoke detectors, and electric door strikes are, in most cases, easily adaptable, either by directly interfacing with the devices, or swapping out the packaged AC->DC converter.

With our early customers, we are acting as a distributor, effectively re-selling the adapted fixtures, so our customers don’t need to be concerned with how the adaptations take place.

As we progress, Domatic will continue to partner with fixture manufacturers to enable them to deliver Domatic-enabled fixtures directly to builder projects.  As this ecosystem develops, Domatic will act in the role of ensuring interoperability and compliance to assure compatibility.

To enable adaptations, Domatic has created a set of components we offer directly or as reference designs, including:

Domatic is the cornerstone of smarter buildings, but also healthier, more efficient buildings.  Beyond making the job of wiring the building fast and easy, a number of benefits accrue to the buyer, including:

Since Domatic is a DC power distribution system, lighting fixtures aren't subject to TRIAC dimmer woes.  Typical LED fixtures powered by AC flicker on and off at 120Hz, a low-enough frequency to be noticeable and cause headaches for a subset of the population.

A lot of attention has been drawn of late to the color temperature of light sources and its effect on sleep and overall health.

Many of the fixtures we encounter have a switch on the driver for setting color temperature, with the idea that one light can be manually set to anywhere from 2700K to 5000K.  Domatic turns this into a dynamic lighting solution that can vary the hue under software control throughout the day, removing blue from lighting in the evening, not unlike the "Night Shift" feature in your phone.

The way AC-powered fixtures work today, 30% of the power is lost in the conversion from AC to DC, largely because this conversion is happening on a per-fixture basis.  This is really disappointing because so much effort is spent in the solar industry to squeeze an extra 1% from sunlight, just to waste 30% of it in distribution.

Domatic operates in one of two modes:  When the power source is AC, our power hub performs one conversion from AC to DC, at greater than 90% efficiency, on behalf of all devices on the network.  With a DC power source, such as a solar/storage system, we accept DC power directly, avoiding an additional conversion to AC and back, increasing the efficiency.

Of course, when all components on the network are smart, we save even more energy through the use of algorithms that adjust lighting, heating, and cooling based on occupancy and other inputs like weather and time-of-day.

Domatic is a breakthrough that heralds a new age of smarter buildings.  Our Innovative approach is friendly to builders, environmentally efficient, and a better experience for operator and occupants.