Here’s a simple way to do it. 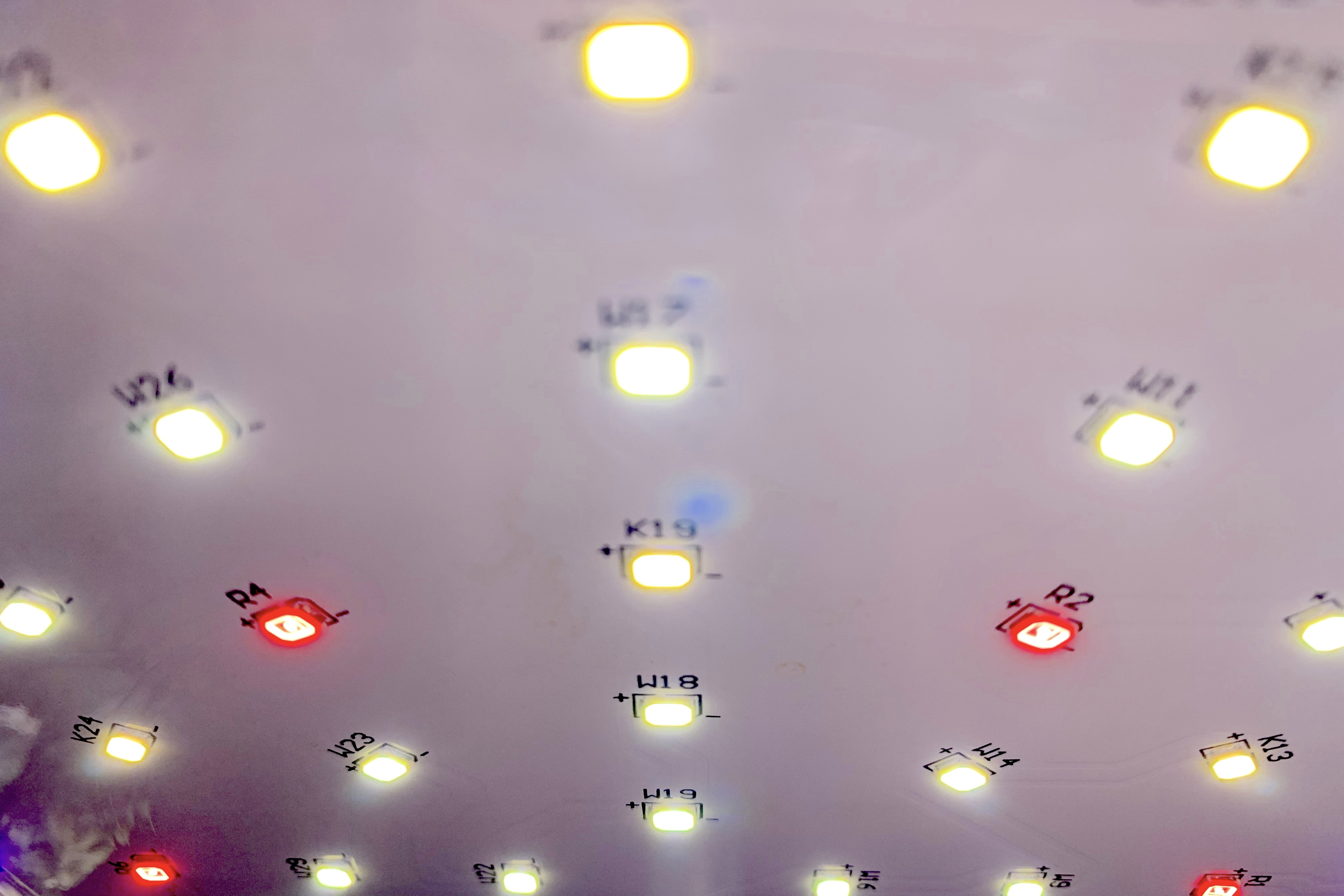 Modern lighting is much more energy efficient since the introduction of the light-emitting-diode (LED), but early LED light fixtures also gave us unnatural color and flicker that we didn’t have in the days of lighting from flames and incandescent bulbs.

We’ve come a long way. In addition to saving energy, we can now create lighting systems that are healthier, with reduced flicker and more natural color temperature, that can mimic the daily rhythm of sunlight.

We evolved to need circadian lighting

Varying color temperature throughout the day has been shown to have a positive impact on sleep and overall health.

Natural light from the sun is a little more red in the morning and evening than in the middle of the day. Our brains have evolved over hundreds of millenia to use light as a cue to wake us up in the morning and prepare us for sleep at night. Maybe early humans had a better shot at survival if they were awake and well-rested when predators could see them.

That happily worked for us until we humans figured out how to make artificial light. Initially, that artificial light happened to not be all that different than the light from the sun towards the end of the day, with a reddish hue much like the color of the sun at sunset. So artificial light from oil lamps, gas fires, and even incandescent bulbs, while not ideal, didn’t have that much of an impact on our sleep patterns.

At the same time, blue light has its place.  As much as its absence makes us ready to sleep, its presence boosts alertness and elevates mood. It just has to be used judiciously to avoid affecting sleep quality.

Technological progress brought us new forms of light that, while more energy efficient, started to be a little less natural. Fluorescent bulbs common in offices emit a distinctly more blue hue, but they didn’t really take off in the home. Incandescent light sources dominated at home until we figured out how to make highly-efficient LED elements that could produce white light.

LED lights are wonderfully efficient. A 100-watt incandescent bulb can be replaced by an LED element requiring less than 10 watts. This is a planet-saving technology. However, with early LED fixtures we lost the comforting reddish hue of incandescents.

Light emitted by our computer and phone screens is composed of three fundamental colors: red, green, and blue. When a pixel on a screen emits roughly equal amounts of all three components, we see what we know of as white.

But not all white light is the same.  Make a slight adjustment in the composition of the components and the resulting “white” light starts to look a little more red or a little more blue.  We call this variance the “color temperature”, and our phones and computers can regulate this by reducing the amount of blue in each pixel to shift the temperature towards the red end of the spectrum.  Apple calls this feature “Night Shift”.  On Android phones, it’s “Night Mode”.  That it’s built-in to our phone operating systems is evidence blue light has an impact on our sleep.

Modern lighting is not natural

Modern lights use LEDs to turn electricity into photons.  In reality, an LED can only produce a single frequency of light, so white LEDs are actually composed of multiple red, green, and blue component LEDs, or a combination of phosphorescent filters, to make what appears as white light.  Manufacturers of LEDs control the color temperature of their LEDs by adjusting the contribution of the component LED elements and filters to achieve a particular white color temperature.

Color temperature is becoming an important option for lighting designers

One of the challenges with controlling color temperature dynamically is in how we communicate the desired color to the fixture.  Normal AC light fixtures are either on or off.  While we can control the brightness of an LED fixture by modulating the time the light is on or off, there is no easy way to communicate color.

Some systems add a second control layer using wireless communications (WiFI or Bluetooth).  While this can work, it introduces additional complexity and reliability issues.  Controlling a light with a mobile phone seems nifty at first, but less robust than a dedicated switch on the wall.

Flicker is a serious problem

In addition to temperature, an important aspect of quality lighting is flicker.  Incandescent bulbs tend to glow on their own after power is removed, so turning them on and off at AC line rates was never a flicker problem.  However, if you record a typical LED fixture with a high-frame rate camera, you’ll notice that it turns on and off approximately 100 or 120 times per second (depending on the part of the world you’re in).  We’ve gotten used to this, but it’s not natural, and flickering lights can cause headaches, trigger seizures for epileptics, and create undesired visual effects with moving objects.

To address these issues, taking advantage of the novel ways LED light fixtures can operate, the IEEE has published a recommendation, PAR1789-2015, that sets targets for modern lighting controls to minimize flicker and mitigate health risks.

Because Domatic-enabled fixtures are hard-wired into a building, easy to commission, and operate at low-voltage, class 2 power levels, high quality lighting is significantly more cost-effective with Domatic than traditional methods.